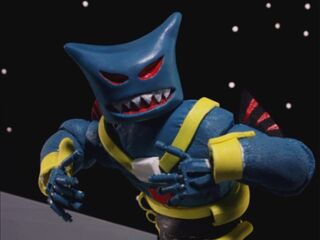 Screenshot of You Got Robo-Served
Season: 1

Segment Summary: Voltron engages in an old-school dance-off in "You Got Robo-Served."

Retrieved from "https://robotchicken.fandom.com/wiki/You_Got_Robo-Served?oldid=86018"
Community content is available under CC-BY-SA unless otherwise noted.