The entire You Can't Do That On Robot Chicken segment is a spoof of the late 70's through late 80's Canadian television show. Sets closely recreated their real life counterparts, though were different enough as to not be a direct imitation of the show. Dialog was on par with what was seen on the show, including bad puns and borderline sick jokes.

The show, a creation of British children's television pioneer Roger Price and Canadian producer Geoffrey Darby, premiered in February 1979 as a local Saturday-morning feature on CJOH-TV in Ottawa, Ontario. It was originally an hour-long show which combined comedy sketches with contests (aired live), local-interest segments, and even music videos. By the time Nickelodeon in the U.S. picked up the show at the beginning of 1982, it had been pared down from an hour-long to a half-hour running time per episode, and the show was 100% comedy. The show remained in production until February 1990 (except for a hiatus in 1988) and lived on in reruns for a few years afterward.

Every episode started off with "(another show title) will not be seen tonight so that we may bring you..." This intro would elude to the show's theme, often a light hearted look at the troubles of youth (such as chores or dating). Some viewers, however, felt the show took its irreverence too far - a 1987 episode on adoption was banned after only one airing due to a deluge of viewer complaints.

Running gags included classroom sketches, Locker jokes, the Dungeon sketches, making fun of the bad food at Barth's Burgery and dumping green slime on people when they said I don't know and water on them when they mentioned the words water or wet. Perhaps the show's most famous alumnus is internationally successful singer Alanis Morissette, although she was never a major cast member, appearing in a handful of episodes in 1986 (at age 12). Co-creator Geoffrey Darby was hired by Nickelodeon in 1984 on the strength of "YCDTOTV" and went on to helm the network's hugely popular game show "Double Dare." The glue that held the show together, though, was arguably the late Les Lye, who played all the adult male roles on the show throughout its run.

The show became so popular (it was Nickelodeon's top-rated show pre-"Double Dare") that green slime would eventually become Nickelodeon's trademark. The network went so far as to steal the "I don't know" catchphrase and continued to use it for several years after it stopped showing "YCDTOTV," without giving credit where credit was due.

Here are some images from the original show and the Robot Chicken segment for comparison: 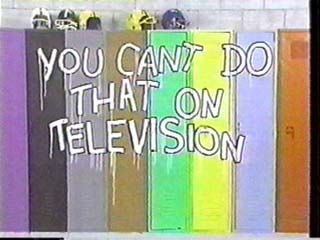 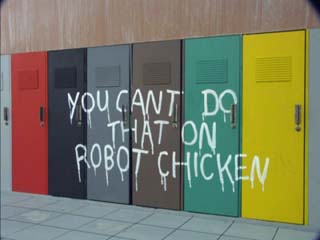 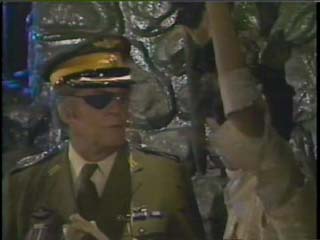 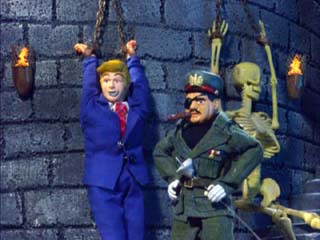 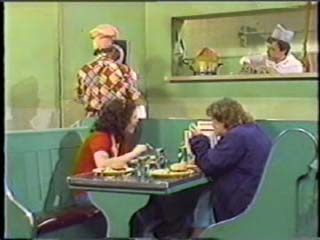 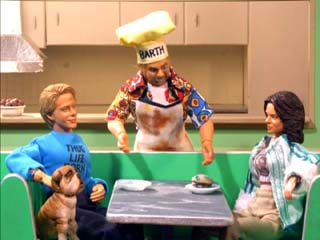 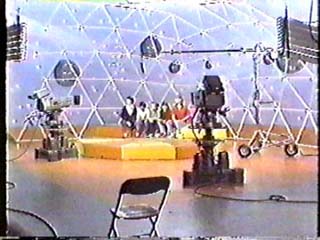 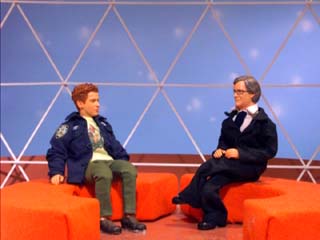 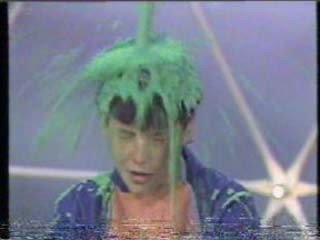 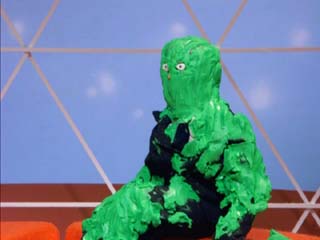 You Can't Do That On Television Unofficial fan site

Retrieved from "https://robotchicken.fandom.com/wiki/You_Can%27t_Do_That_On_Television?oldid=79562"
Community content is available under CC-BY-SA unless otherwise noted.