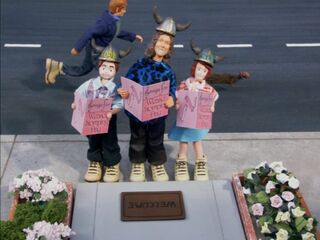 Episode Summary: The legendary Kraken sea monster learns that freedom isn't all it's krak-ed up to be. Weird Al Yankovic's "Weasel Stomping Day" gets a Robot Chicken video treatment! The wishes of children come true, with dire results. The crew of the Starship Enterprise faces their greatest foe yet - themselves!