On August 11th, [adult swim] released a trailer for the finale of the 7th season. In the teaser, it tells us that the Robot Chicken and the Mad Scientist have to work together to stop the Mad Scientist's son from holding all living presidents (at the time) hostage. The finale was aired on August 17, 2014. 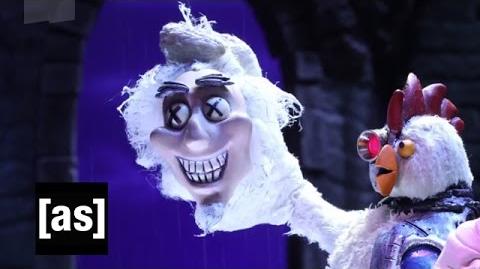 Retrieved from "https://robotchicken.fandom.com/wiki/Season_7?oldid=78918"
Community content is available under CC-BY-SA unless otherwise noted.