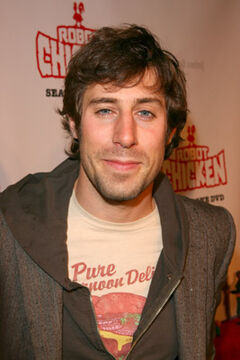 Josh Cooke (born November 22, 1979) is an American actor who played the lead role of Nate Solomon in NBC's 2005 sitcom Committed. Cooke has also appeared in guest roles in Without a Trace, Century City, Once and Again, 10-8 and Dragnet. Cooke also had a recurring role as Louis Greene in the sixth and seventh seasons of the Showtime series Dexter.

Blankets in a Pig

Retrieved from "https://robotchicken.fandom.com/wiki/Josh_Cooke?oldid=57279"
Community content is available under CC-BY-SA unless otherwise noted.