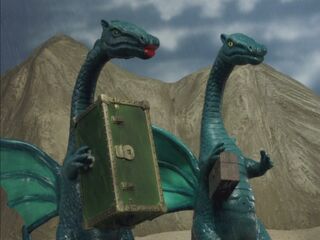 Episode Summary: The animals Noah left behind try to survive the flood in their very own ark. Enjoy instant nostalgia with "That '00s Show." Mrs. McNally's third-graders produce an animated abomination in "The Best Cowboy." The world's most famous cars-from KITT to the Batmobile to the General Lee-race against each other in "3 Fast 3 Furious." RATED TV14

Retrieved from "https://robotchicken.fandom.com/wiki/Gold_Dust_Gasoline?oldid=74694"
Community content is available under CC-BY-SA unless otherwise noted.