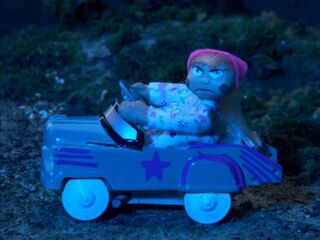 Episode Summary: Learn the secret life of Batman villain, the Penguin! Kids will love playing with "My Stalker!" Orlando Bloom must help his fellow passengers survive after a plane crash. Jesus and the Argonauts find action and adventure, and turn their backs on it. The Micronauts climb a mountain. The U.S. government declares a war on Christmas. RATED TV14

Retrieved from "https://robotchicken.fandom.com/wiki/Drippy_Pony?oldid=87305"
Community content is available under CC-BY-SA unless otherwise noted.