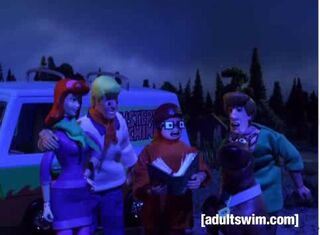 Segment Summary: Mystery Inc. tries to solve what looks like their last case.

The gang outside their van

The gang reacting to meeting Don Knotts and Phyllis Diller 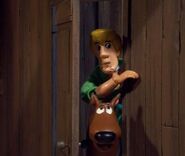 Shaggy and Scooby investigating a cabin

Daphne falling through the trap door

Fred about to land on Daphne

Fred and Daphne after Jason breaks into the room 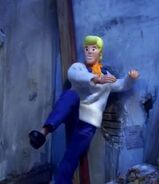 Fred as he runs away in fear

Velma complaining about her virginity while setting a trap for Jason

Jason about to take the bait